Objectives: The study aim to examine the geographical nature of direct solar radiation over Nigeria.

Results: Results show that direct solar radiation (DSR) increases in value from the Atlantic coast northwards, and is generally lower during the rainy season than the dry season. The northward increase was found to be almost parallel with lines of latitude although the contour lines are slightly skewed to a West-North-West to East-South-East orientation. Bivariate regression models show a direct relationship between direct solar radiation and latitude; clearness index; and average elevation above sea level, whereas an inverse relationship is shown with daily cloud amount; average daily solar angle; and average daily relative humidity.

Objectives: Using an integrated theoretical approach, this paper examines the differences and similarities in the internationalization of construction contracting firms (CCFs) from emerging and developed countries taking a comparative study of Pakistani and British experience.

Methods: The data were collected through postal questionnaire survey. A comparative analysis of the data was done for CCFs having significant involvement in foreign markets originating from Pakistan and Britain.

Conclusions: The findings show that case firms provide empirical support to various theories; however, the explanatory power of Stage theory is limited in addressing the internationalization of British CCFs.

Assessment of urban sprawl and land use change dynamics through GIS and remote sensing in Quetta, Balochistan, Pakistan

Objectives: The current study aims at assessing the urban sprawl and spatio- temporal LULC changes in Metropolitan Corporation Quetta – capital of Balochistan and the 10th most populous city of Pakistan through GIS and remote sensing data during the period of 1999 to 2019.

Methods: Landsat 7 ETM+, Landsat 5, and Landsat 8 OLI for the years 1999, 2009, and 2019 along with Shannon’s entropy model integration with GIS were used to assess land use land cover (LULC) changes and spatial dispersion and compactness of urban sprawl.

Conclusions: The use of geospatial technologies for assessing and monitoring the pace of urban sprawl and LULC change dynamics in Quetta city may assist to manage and control the unplanned and haphazard urban growth and sprawl in the city. Moreover, a comprehensive Master Plan of Quetta city is the need of the today. Besides this, effective coordination among the planning and development departments is direly needed. Further research can be done on the use of GIS and remote sensing for future prediction of changes in urban sprawl and LULC.

Text References  Download PDF
Abstract
Background: Understanding of business cycles is necessary for the policymakers because it has important bearings on the wellbeing of the society. In spite of vital importance of business cycles, previously no studies emphasis over measuring Structural Adjustment Program’s (SAP) effect on statistical characteristics of business cycles i.e. persistence, co-movement and volatility for Pakistan.

Objectives: The primary objective of our study is to quantify the impact of SAP on business cycles for Pakistan economy by using time series data from 1974-2016.

Methods: The selected variables has been divided into three groups of variables specifically GDP’s expenditure components, real variables, and nominal variables. In this study, whole time period is distributed in two sub periods i.e. 1974-1988 and 1989-2016. Hodrick and Prescott filter has been used for the extraction of cyclical component from the time series while for measuring the volatility, persistence and co-movements of the selected variables, standard deviation, correlation coefficient and first order correlation coefficient has been used respectively.

Conclusions: The findings suggest that SAP implemented during the period of 1988 adversely affected the economy and has not contributed in stabilizing and structuring the economy rather it exaggerated the volatility and economic fluctuations in Pakistan. Government of Pakistan and policymakers should continue to implement sound fiscal and monetary policies to reduce government budgetary deficit, as this decrease would release resources to develop physical as well as financial infrastructures to be capable to promote stability at macro level.

Text References  Download PDF
Abstract
Background: Availability and supply of clean drinking water is essential for healthiness of the people. Bahawalpur is amongst the rapidly growing cities of Pakistan. Underground water table is declining and contamination in water is increasing over time. The city is dependent upon ground water, whereas the availability of safe drinking water is becoming a major challenge for both government and city dwellers.

Objectives: The basic objectives of the study were to provide a precise assessment of the drinking suitability of treated and untreated ground water used in Bahawalpur city and to point out appropriate drinking water areas.

Conclusion: This study concluded that the use of untreated ground water in Bahawalpur City is un-healthy. Thus, more filtration plants are required to be installed and properly managed to provide safe drinking water to the masses.

Methods: Tanahashi Model of Health Services with six coverage stages was used for identifying bottlenecks in MNCH services. Through two-stage sampling, the data were collected from 262 married women of reproductive age 15-49 in the catchment areas of eight selected PHC facilities. Descriptive statistics were used to measure the coverage bottlenecks.

Results: The findings indicated that almost two-third (64.9%) of women were 20- 34 years old. Out of the total, more than half (58%) were housewives and 34% were illiterate. Two-fifth of respondents belonged to the lower-middle income group. The findings of this study indicated major coverage bottlenecks in the availability, acceptability, contact and effective coverage. For availability coverage, the unavailability of lady medical officers, essential medicine, and delivery services were the major bottlenecks. In the case of acceptability coverage, seeking permission to access MNCH services and non-responsiveness of staff were important bottlenecks. Similarly, major bottlenecks were also found in the contact coverage. This study also confirmed bottlenecks in effective coverage: insufficient general check-up for MNCH services, shortage of human resource, insufficient laboratory services, almost non-existing delivery services, lack of health education and less service timing of PHC facilities. 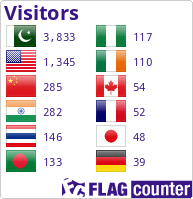